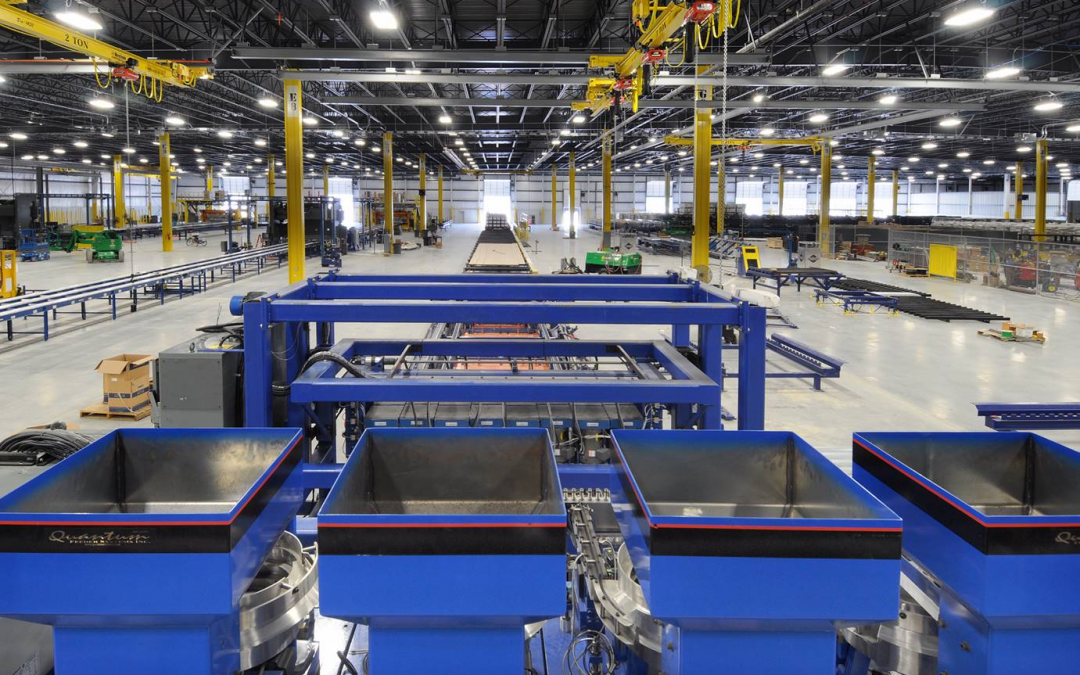 JMWilliams’ Industrial Division recently completed a project for Vanguard National Trailer Corporation.  We interviewed Project Manager Joey Baker to learn more about the challenges and insights gained from the completion of this large semi-trailer manufacturing facility.

What kind of company is Vanguard, and why did they need new construction/expansion of their facility? (Or was this a ground-up project?)

Vanguard National Trailer Corporation was founded in 2003 and is based in Monon, Indiana.  They specialize in manufacturing dry van tractor trailers and parts, and serve the U.S., Canada, and Mexico.  They are a subsidiary of China International Marine Containers or CIMC.  Vanguard’s client base has been growing ever since they opened their plant in Monon.  With the growing demand for trailers, Vanguard recognized the need for a new facility that would service the entire Southeast region.  The building, as of its final design, will host over 400 jobs and will be capable of producing 100 trailers per day.  The site will accommodate parking storage for over 1200 trailers at one time.

What did you learn from working on this project?  How was it different from other projects you’ve worked on in the past?  What challenges were presented?

The biggest challenge we faced with this project was meeting the clients’ needs for space inside the building and trailer storage area outside the building, all while staying under budget and delivering it on time.  The only way to do this was to do it as a design-build project where we controlled the design team.  We worked very closely with the architect and engineers to ensure that we were mindful of the budget and schedule while delivering a quality building.

This building is unique in that it is a hybrid of a Pre-Engineered Metal Building and a conventional steel building.  The building’s framing members and outside skin are similar to what you would find in a traditional metal building, while the TPO roof and bar joist framing system is typical of a conventional steel building.  The challenge was to seamlessly integrate those two systems.  We were fortunate enough to have the experience that we did on the design team to work through such tasks.

Is there anything else that was interesting about this specific project that you think would be interested for the public to know?

We were able to save significant money by blasting the rock we had onsite and reusing it for all the exterior paving areas, such as the 1.5 million square feet of trailer parking storage.  The specs called for 10” of stone as a base for the parking lot.  We were able to bring a rock crusher operation to the site, which ran for 14 hours a day, blasting and crushing rock.  This helped speed up the grading and saved quite a bit of money.  This was beneficial because during the grading phase of the project, we received over 50” of rain that could have set us way back.  Because of the capabilities of our grader, we could overcome the delays caused by the weather.

Is there any new knowledge, gained from completing this project, that could help or inform others in the industrial construction industry?

Construction is one of the only industries that hasn’t changed dramatically since it started.  You must design what you want to build, then you have to build it.  We still build everything for the most part piece by piece.  So, while there isn’t a lot of innovation to be seen on a jobsite in the sense of the process of construction, it is the innovative ability to adapt to the changing environment around you that is going to separate you from every other contractor.